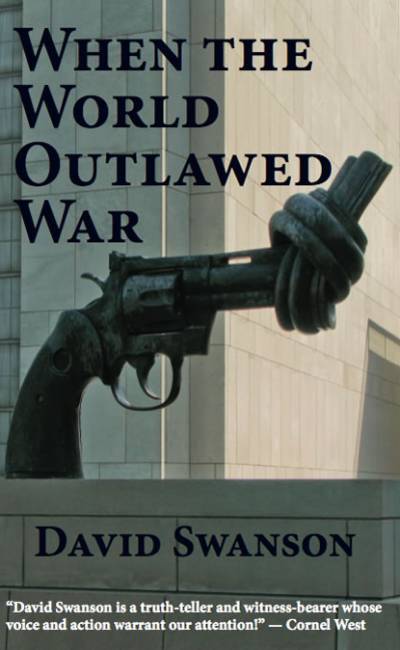 This is a masterful account of how people in the United States and around the world worked to abolish war as a legitimate act of state policy and won in 1928, outlawing war with a treaty that is still on the books. Swanson's account of the successful work of those who came before us to insist that war be outlawed points us toward new ways of thinking about both war and political activism.

“This book gives a whole new perception to our use of military force as a tool of diplomacy. Swanson lays out a case, both legal and historical, showing that the current US law concerning WAR is that it is illegal and those who perpetrate it need to be prosecuted. Easy, interesting and enjoyable read that gives peace a very important place in our recent history.” Pace Amani, 2011

“Fantastic Book. Let’s build a powerful movement again to force our governments to end all war for ever!!!! The World has suffered from war long enough.” David Hartsough, 2013