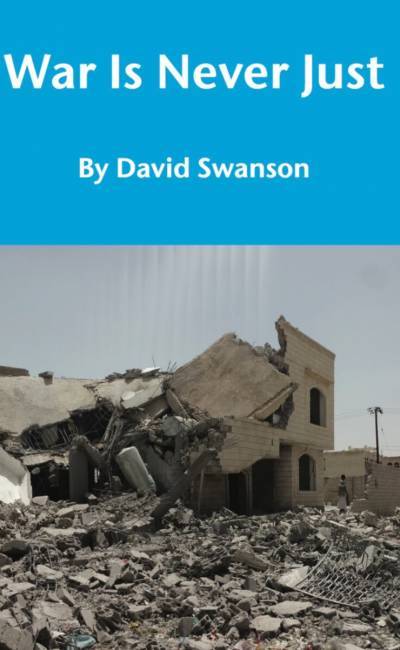 This critique of “Just War" theory finds the criteria it uses to be either unmeasurable, unachievable, or amoral, and the perspective it takes too narrow, arguing that belief in the possibility of a just war does tremendous damage by facilitating enormous investment in war preparations–which strips resources from human and environmental needs while creating momentum for numerous unjust wars.

Swanson builds a case that the time has come to set behind us the idea that a war can ever be just.

“David Swanson is a truth-teller and witness-bearer whose voice and action warrant our attention." – Cornel West, author.

“David Swanson predicates his belief that nonviolence can change the world on careful research and historical analysis." – Kathy Kelly, activist and author.