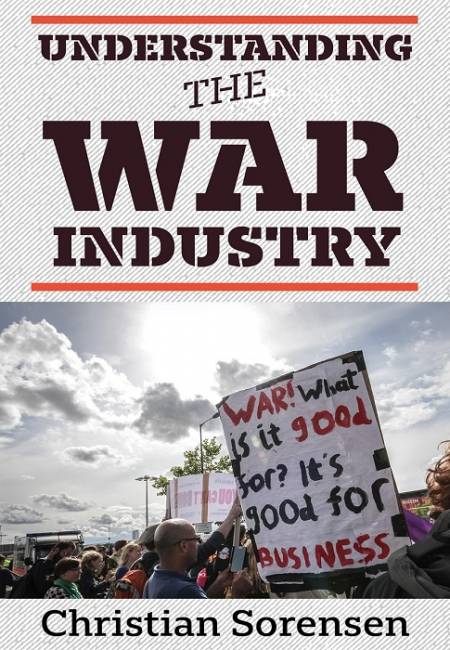 The War Industry infests the American economy like a cancer, sapping its strength and distorting its creativity while devouring its treasure.  Stunning in the depth of its research, Understanding the War Industry documents how the war industry commands the other two sides of the military-industrial-congressional triangle. It lays bare the multiple levers enabling the vast and proliferating war industry to wield undue influence, exploiting financial and legal structures, while co-opting Congress, academia and the media. Spiked with insights into how corporate boardrooms view the troops, overseas bases, and warzones, it assiduously delineates how corporations reap enormous profits by providing a myriad of goods and services devoted to making war, which must be rationalized and used if the game is to go on.

“To an ever-increasing extent, the business of America is the business of war. But although Americans live in the shadow of a war economy, few understand the full extent of its power and influence. Thanks to Christian Sorensen’s deeply researched book into the military-industrial complex that envelops our society, such ignorance can no longer be an excuse.” —ANDREW COCKBURN, author of Kill Chain: The Rise of the High Tech Assassins.

“A devastating account of American militarism, brilliantly depicted, and exhaustively researched in an authoritative manner… Its message is so convincingly delivered that it will change many open minds forever and for the better.” —RICHARD FALK, International Lawyer

“ It will shock you, infuriate you, and hopeful inspire you to help dismantle the grotesque killing machine that steals our resources, wreaks havoc around the world, and leaves the merchants of death laughing all the way to the bank.” — MEDEA BENJAMIN, codirector, CODEPINK for Peace

CHRISTIAN SORENSEN is a researcher and author focused on the U.S. war industry. His academic background is in translation and international relations. A military veteran, he contributes frequently to independent media outlets.