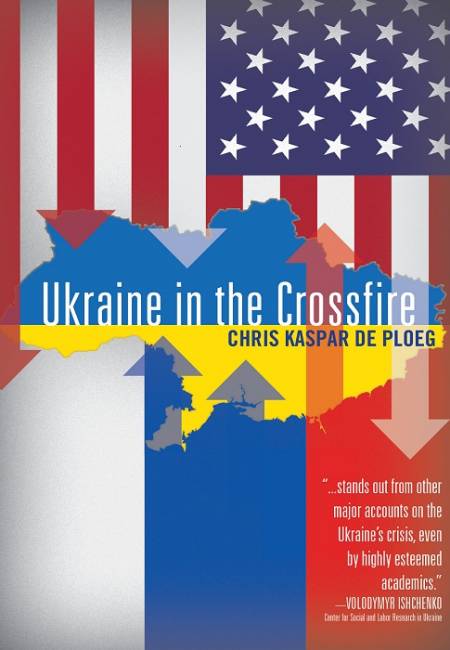 Ukraine in the Crossfire tackles the importance of ultranationalist violence during and after the EuroMaidan movement, and documents how many of these groups are heirs to former nazi-collaborators. It shows how the Ukrainian state has seized on the ultranationalist war-rhetoric to serve its own agenda, clamping down on civil liberties on a scale unprecedented since Ukrainian independence. This book separates fact from fiction with extensive and reliable documentation. While remaining critical of Russia and the Donbass rebellion, De Ploeg demonstrates that many of the recent disasters can be traced to Ukrainian ultranationalists, pro-western political elites and their European and North-American backers.

“…a thorough but sharply critical account of the role of the West in the now three-year Ukrainian civil war, the political epicenter of the new Cold War.” STEPHEN COHEN, Professor Emeritus, Princeton University