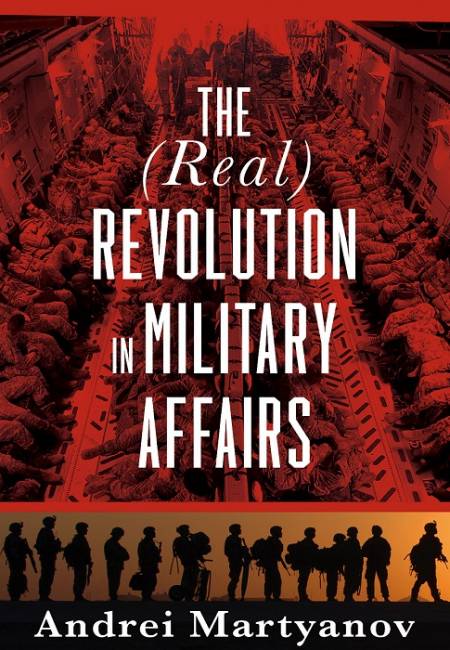 “Once in a blue moon an indispensable book comes out making a clear case for sanity in what is now a post-MAD world. That’s the responsibility carried by “The (Real) Revolution in Military Affairs,” by Andrei Martyanov (Clarity Press), arguably the most important book of 2019.” PEPE ESCOBAR, Consortium News.

“Martyanov convinced me that the Pentagon’s war planners need to upgrade their understanding of war and how to conduct one…” PAUL CRAIG ROBERTS,  Foreign Policy Journal

“Andrei Martyanov’s book provides indispensable knowledge for anyone who wants to understand the current geo-political developments.” MOON OF ALABAMA

“… far from being anti-US, Martyanov’s books represent a herculean effort to try to wake up the comatose US public about the reality of modern warfare… I consider both of Martyanov’s books as a ‘must read’…” THE SAKER, UNZ REVIEW

This book gives an insight into the evolution of weapons and the way they influenced international relations in the 20th and 21st centuries. It also defines Revolution in Military Affairs as manifested via policy, politics, and technology. It reviews some models which are useful in assessing the current geopolitical situation. This book also tries to give a forecast of the future development of warfare and the ways in which it is going to change the whole system of international relations, hopefully towards a new geopolitical equilibrium.

ANDREI MARTYANOV is an expert on Russian military and naval issues. He was born in Baku, USSR in 1963. He graduated from the Kirov Naval Red Banner Academy and served as an officer on the ships and staff position of Soviet Coast Guard through 1990. He took part in the events in the Caucasus which led to the collapse of the Soviet Union. In mid-1990s he moved to the United States where he currently works as Laboratory Director in a commercial aerospace group. He is a frequent blogger on the US Naval Institute Blog.