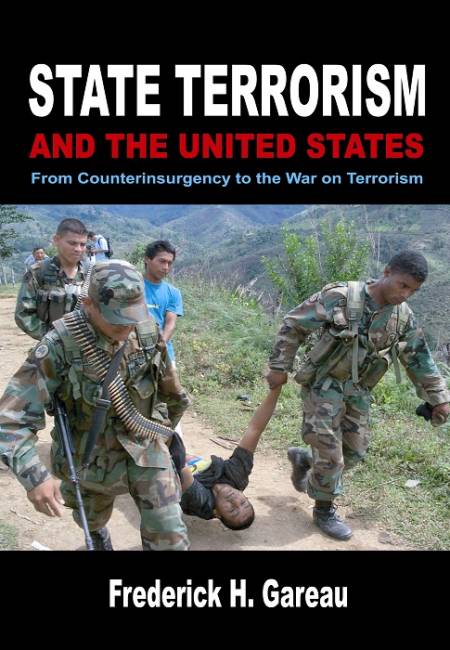 This study exposes the support that administrations in Washington have given right-wing dictatorships that committed terrorism especially during the cold war and war on terrorism. It offers a critique of this latter war, and the study’s portrayal of the earlier war serves as necessary background for understanding and evaluating the latter war.

“I have very much appreciated Prof. Gareau’s fine book on state terror.”—NOAM CHOMSKY

“Frederick Gareau’s State Terrorism and the United States is an important, courageous analysis of America’s long involvement in the training of foreign military and police organizations in techniques of torture, assassination, and ethnic cleansing… Gareau’s research and documentation is path-breaking… ”—CHALMERS JOHNSON

FREDERICK H. GAREAU (deceased) held a Ph.D. in international relations and organizations from American University, Washington, DC, as well as a license in political science from the University of Geneva. He was full professor at Florida State University and author of The United Nations and Other International Instiutions: A Critical Analysis as well as an extensive number of articles and conference reports.