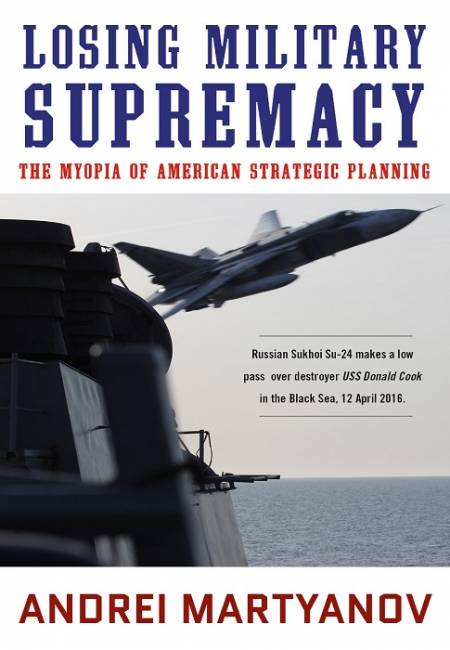 The technological dimension of American “strategy” has completely overshadowed any concern with the social, cultural, operational and even tactical requirements of military (and political) conflict.  With a new Cold War with Russia emerging, the United States enters a new period of geopolitical turbulence completely unprepared in any meaningful way—intellectually, economically, militarily or culturally—to face a reality which was hidden for the last 70+ years

“Martyanov’s must-read book is the ultimate Weapon of Myth Destruction (WMD). And unlike the Saddam Hussein version, this one actually exists.” PEPE ESCOBAR, AsiaTimes

“The arrogant hubris of American exceptionalism and the myths that sustain it are subjected to devastating analysis in this long overdue book.”
PAUL CRAIG ROBERTS, “A Book for our Time”

ANDREI MARTYANOV is an expert on Russian military and naval issues. He was born in Baku, USSR in 1963. He graduated from the Kirov Naval Red Banner Academy and served as an officer on the ships and staff position of Soviet Coast Guard through 1990. He took part in the events in the Caucasus which led to the collapse of the Soviet Union. In mid-1990s he moved to the United States where he currently works as Laboratory Director in a commercial aerospace group. He is a frequent blogger on the US Naval Institute Blog.