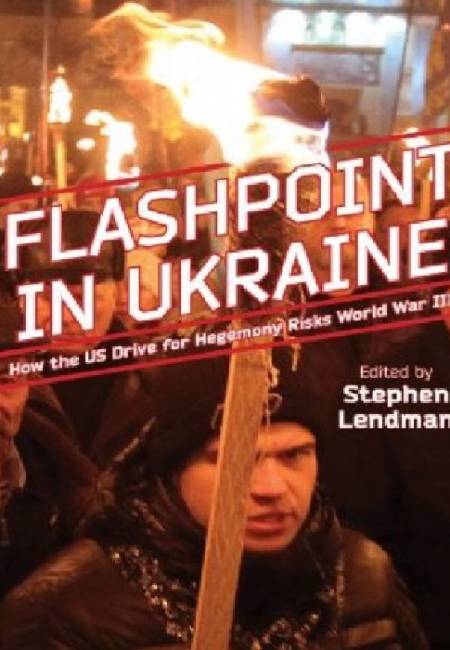 Twenty-two respected geopolitical analysts counter the fraudulent Western narrative on Ukraine.  Viewed from the perspective of Western mainstream media, the crisis arose due to pro-democracy activists overturning a brutal dictatorship, which led swiftly to Russian incursion into Ukraine and annexation of Crimea.  Viewed from the perspective of the 22 highly-credentialed analysts who have contributed to this anthology, it’s an entirely different story.  Obama’s pivot is global, in pursuit of unchallenged worldwide dominance, leading to multiple direct and proxy wars.

“The book’s contributions illuminate not only the background of the Ukraine conflict, but also the expansionist goals of the US-NATO alliance.  Flashpoint in Ukraine can therefore be highly recommended.” Dr. LUDWIG WATZAL, Between the Lines

STEPHEN LENDMAN is a writer and broadcaster. In early 2007 he began regular radio hosting, now The Progressive Radio News Hour on The Progressive Radio Network. His work is exceedingly widely distributed online, with his articles carried on numerous listservs and websites such as Information Clearing House, Countercurrents, Rense,AltNews, Uruknet, Global Research, Counterpunch, and more. Lendman was awarded the Mexican Press Club's International Investigatory Journalism Award in 2011. The awards ceremony was televised throughout Latin America. Two of his books are in Chinese editions.  He holds a BA from Harvard and an MBA from Wharton.