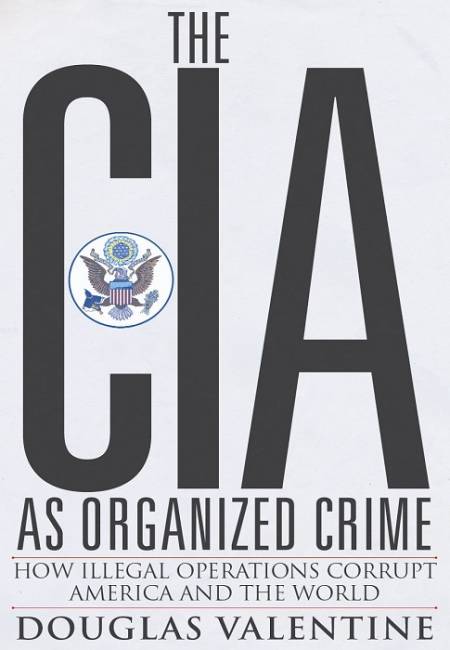 TRANSNATIONAL CRIME IN THE NAME OF NATIONAL SECURITY

“Courageously takes us inside the CIA’s most shameful extralegal operations, exposing an intelligence service gone rogue. Douglas Valentine’s book is a public service.”  JOHN KIRIAKOU, author of The Reluctant Spy: My Secret Life in the CIA’s War on Terror

“Douglas Valentine writes books that rip the bloody veil off the criminal enterprise known as the US government. When he does this, he combines incredibly in-depth research, interviews and an inviting style of prose that exposes the dark truth about the US nation and its national security state. The CIA as Organized Crime continues that tradition and is an important and crucial text. ” RON JACOBS, Counterpunch

“Thanks to extensive interviews, he has an almost intimate feel for the operating mentality of the agency, why they operate the way they do—not only their bloody-minded ruthlessness or their rationalizations, important and interesting as these are—and why they are unbothered by such distinctions as Republican or Democratic presidents.” PAUL BUHLE, Portside

DOUGLAS VALENTINE  is an American journalist and author of The Phoenix Program, The Strength of the Wolf (winner of the Choice Academic Library Award), and The Strength of the Pack. as well as two literary works, TDY and A Crow's Dream. His articles have appeared regularly in CounterPunch, ConsortiumNews, and elsewhere. Portions of his research materials are archived at the National Security Archive (both a Vietnam Collection and a separate Drug Enforcement Collection), Texas Tech University’s Vietnam Center, and John Jay College. He provided expert testimony at the King v Jowers trial on the Martin Luther King, Jr. assassination at the request of the King family.