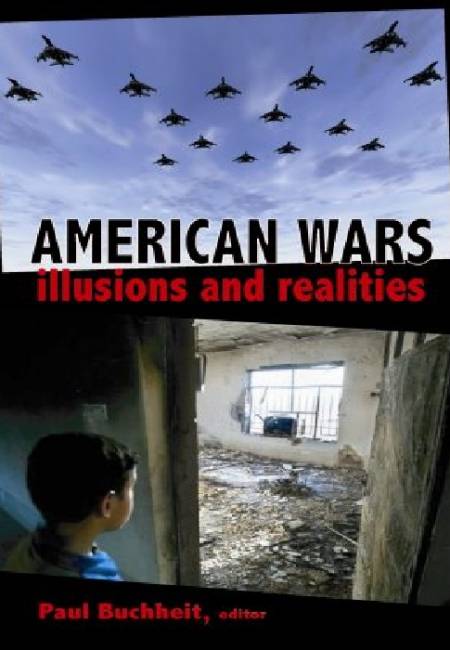 “Thinkers and chroniclers since Thucydides have argued that war is an inevitable part of human existence. This book presents the views of people who have studied the issues and believe that the truth is otherwise. The world needs to hear their voices.”
—STEPHEN KINZER, author of Overthrow and All the Shah’s Men

“American Wars: Illusions & Realities sets the record straight. War is not peace, only peace is peace. If the Iraq War is a teachable moment about the real nature of U.S. aggressive intentions in the world, then this book should be in the core curriculum.”
—American Friends Service Committee

“In 1960, US General Thomas Power declared: ‘The whole idea is to kill the bastards! At the end of the war, if there are two Americans and one Russian, we win!’ We have to make sure that US foreign policy is not run by people with the mentality, the heart, and the soul of a General Power. That type has occupied the White House all too frequently, as American Wars shows us.”
—WILLIAM BLUM, author of Rogue State

PAUL BUCHEIT is Founder and director of fightingpoverty.org, and Co-founder of Global Initiative Chicago (GIC), a consortium of Chicago colleges and high schools dedicated to the study and communication of global issues within the schools. He has taught in Chicago colleges for 25 years.