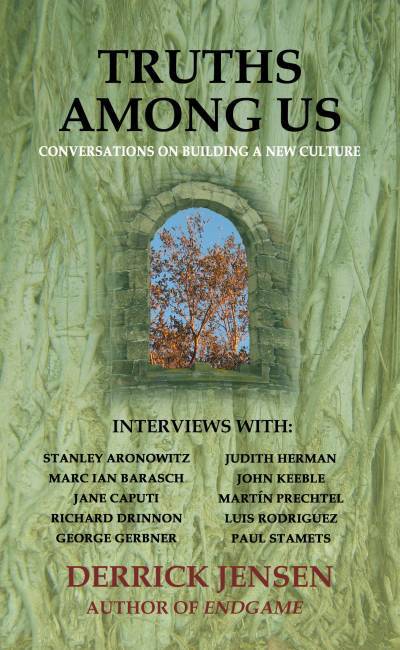 A prescient, thought-provoking collection of interviews with 10 leading writers, philosophers, teachers, and activists who argue against society's belief that corporations and governments know what is best for the future, instead choosing to help acknowledge the values we know in our hearts are right—and inspire within us the courage to act on them. Interviewees include: George Gerbner, Stanley Aronowitz, Luis Rodriguez, Judith Herman, John Keeble, Richard Drinnon, Paul Stamets, Marc Ian Barasch, Martín Prechtel, and Jane Caputi.

“Jensen has compiled an ambitious compendium of truly important issues, and the book is an eye-opening and educational read." — Political Media Review on Resistance Against Empire

DERRICK JENSEN is an American author, ecophilosopher, radical environmentalist, and anti-civilization advocate. His writing critiques the effects and concept of civilization, exploring what he describes as its inherent values, hidden premises, and modern links to supremacism, oppression, and genocide, as well as to corporate, domestic, and worldwide ecological abuse.