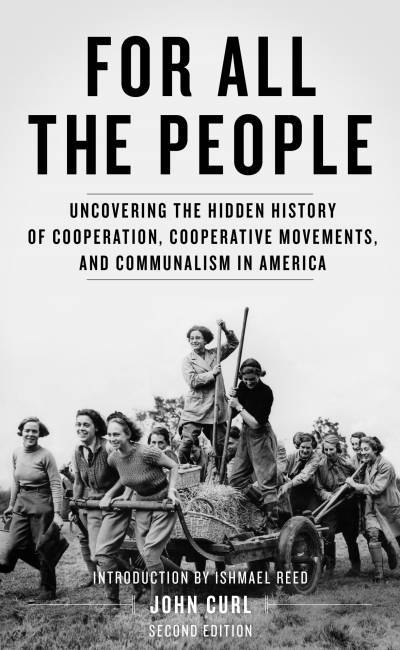 Seeking to reclaim a history that has remained largely ignored by most historians, this dramatic and stirring account examines each of the definitive American cooperative movements for social change—farmer, union, consumer, and communalist—that have been all but erased from collective memory.

John Curl, with over forty years of experience as both an active member and scholar of cooperatives, masterfully melds theory, practice, knowledge, and analysis, to present the definitive history from below of cooperative America. This second edition contains a new introduction by Ishmael Reed; a new author’s preface discussing cooperatives in the Great Recession of 2008 and their future in the 21st century; and a new chapter on the role co-ops played in the Food Revolution of the 1970s.

“It is indeed inspiring, in the face of all the misguided praise of ’the market’, to be reminded … of the noble history of cooperative work in the United States.”—Howard Zinn, author of A People’s History of the United States

JOHN CURL’S writings include history, memoir, translations of pre-Columbian poetry from indigenous languages, and seven books of poetry. He is a longtime board member of PEN Oakland, chair of West Berkeley Artisans and Industrial Companies, a social activist, and has served as a city planning commissioner.