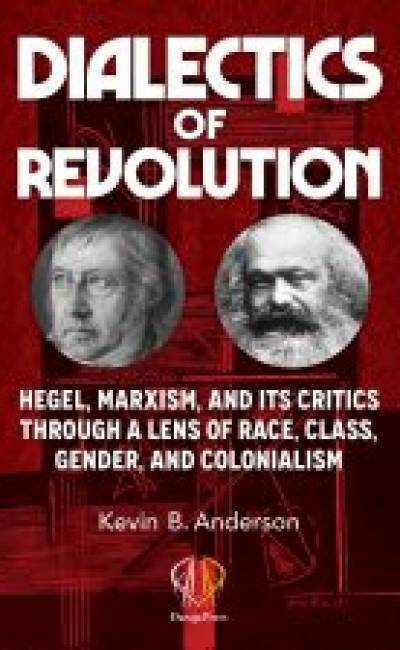 This book collects four decades of writings on dialectics in a variety of settings, from Hegel and the French Revolution to dialectics today and its poststructuralist and pragmatist critics. In these essays, particular attention is given to Lenin’s encounter with Hegel and its impact on the critique of imperialism, the rejection of crude materialism, and more generally, on world revolutionary developments.

Dialectics of Revolution makes it clear why Anderson is among the leading lights writing on Marxism and revolution today. —Peter McLaren, author of Che Guevara, Paulo Freire, and the Pedagogy of Revolution

Anderson provides much provocative material in developing critical theory and revolutionary practice for the contemporary era. —Douglas Kellner, author of Herbert Marcuse and the Crisis of Marxism

KEVIN B. ANDERSON is a Professor of Sociology at University of California, Santa Barbara. He is the author of Lenin, Hegel, and Western Marxism: A Critical Study (University of Illinois Press, 1995). Currently, he is working on a study of Marx’s late writings on non-Western and precapitalist societies and gender.