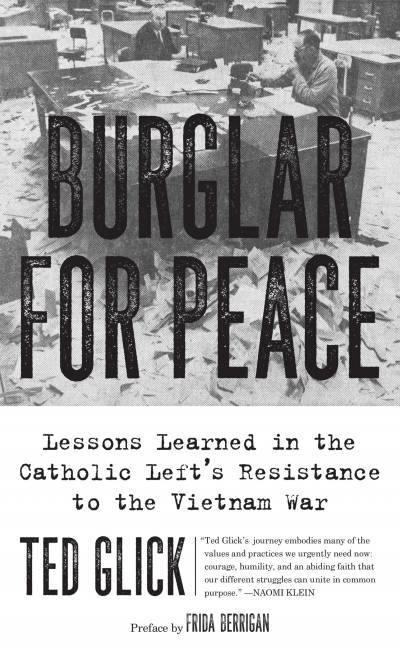 Burglar for Peace is the incredible story of the Catholic Left—also known as the Ultra Resistance—from the late 1960s to the early ‘70s. Led by the Catholic priests Phil and Dan Berrigan, the Catholic Left quickly became one of the most important sectors of the Vietnam War–era peace movement after a nonviolent raid on a draft board in Catonsville, MD, in May 1968.

It is the first in-depth, inside look at one of the major political trials of Catholic Left activists, in Rochester, NY, in 1970, as well as a second one in 1972 in Harrisburg, PA. With great humility, Glick recalls how his selfless devotion to ending the war in Vietnam resulted in his eleven months of imprisonment, which included a thirty-four-day hunger strike, and he tells the remarkable story of a Catholic Left-organized, forty-day hunger strike against the war.

TED GLICK has been a progressive activist, organizer, and writer since 1968. He was imprisoned for eleven months for his draft resistance activities during the Vietnam War. He has been active in the independent progressive politics movement since 1975 and since 2003 has been a national leader in the climate justice movement.