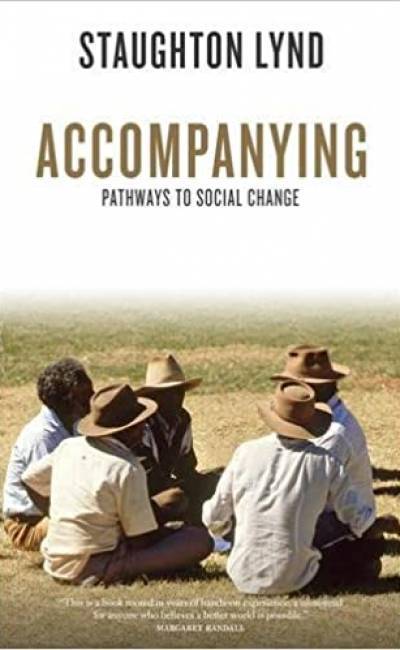 To better understand the impact of social movements in recent years, this analysis distinguishes strategies of social change into two parts: organizing, which is characteristic of the 1960s movement in the United States, and accompaniment, which was articulated by Archbishop Óscar Romero of El Salvador. Both are valuable tools for understanding and promoting social movements; in accompaniment, the promoter of social change and his or her oppressed colleague view themselves as two experts, each bringing indispensable experience to a shared project.

Together, as equals, they seek to create what the Zapatistas call “another world.” The author applies the distinction between accompaniment and organizing to five social movements in which he has taken part: the labor and civil rights movements, the antiwar movement, prisoner insurgencies, and the movement sparked by Occupy Wall Street. Also included are the experiences of the author’s wife Alice Lynd, a partner in these efforts, who has been a draft counselor and advocate for prisoners in maximum-security confinement.

STAUGHTON LYND taught American history at Spelman College and Yale University. He was director of Freedom Schools in the 1964 Mississippi Freedom Summer. An early leader of the movement against the Vietnam War, he was blacklisted and unable to continue as an academic. He then became a lawyer, and in this capacity has assisted rank-and-file workers and prisoners for the past thirty years.