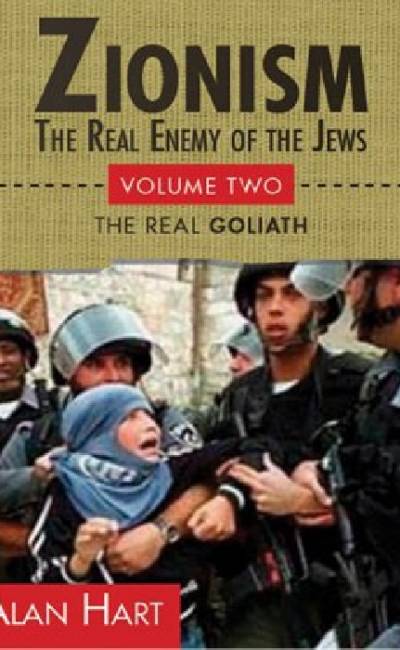 This is the second volume in the series, ZIONISM: The Real Enemy of the Jews, a monumental history of Zionism and the Israel-Palestine conflict by a seasoned reporter who interviewed and was in the good graces of the major players on all sides. Alan Hart has given an honest expression of the needs, motives and dilemmas faced by all parties.

David Becomes Goliath reveals in well-documented detail starting from 1948 how the assertion that Israel has lived in constant danger of annihilation, of the “driving into the sea” of its Jews, is little more than Zionist propaganda. What really was the case, after Israel unilaterally declared itself to be in existence, was that the Arab armies did not have the ability—neither the numbers nor the weapons—to defeat Israel’s forces. Despite some stupid Arab rhetoric to the contrary—a propaganda gift for Zionism of which it has made extensive and ongoing use—the Arab regimes had no intention of even trying to destroy Israel.

“I hope that all who are concerned about the troubles of the Middle East will read this book. It is immensely readable and a magnificent piece of work which reflects Alan Hart’s close relationship with Israeli and Palestinian leaders. We are in terrible trouble in the Middle East. The book explains how we got here and how we could move forward.”  CLARE SHORT, MP-UK and International Development Secretary in Tony Blair’s government until her resignation over Iraq