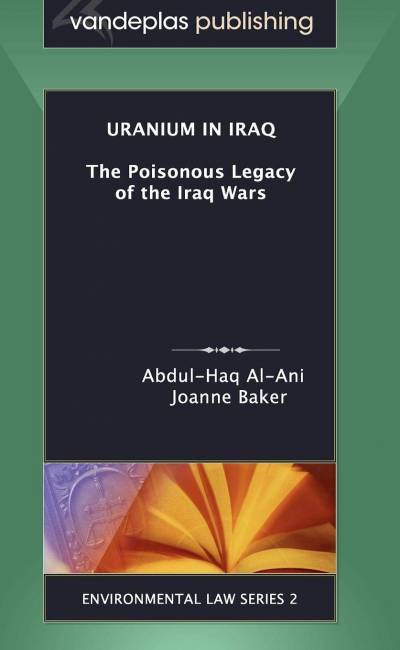 This book has been written out of concerns surrounding the changing health patterns in Iraq since 1991 and, in particular, the increase in cancers and genetic birth defects amongst children. The subject is fraught with difficulty because of the uncertain nature of both cause and effect. The combination of war and sanctions in Iraq over several decades, has created a highly toxic environment, and resistance to disease has become severely compromised by malnutrition, polluted water systems, psychological distress, and a failing health system.

This book however, works on the supposition that the military use of uranium has the potential to be a serious contributing factor to the illnesses besetting the Iraqi population. The book outlines environmental problems and legal implications of the contamination of Iraq due to the use of depleted uranium in military weapons used during the Gulf Wars.

DR. ADBDUL-HAQ AL-ANI, BSc, MSc, PhD Ceng, MIEE, MBCS, Member of the Inner Temple; He was born in Baghdad and studied electrical engineering at Baghdad University and University College, London. After the Gulf War (1991), he retrained as a barrister and was called to the English Bar in 1996. He has been particularly active in the field of human rights.

JOANNE BAKER B.Ed, MSc Human Ecology; Joanne has been actively engaged with the humanitarian situation in Iraq since 1997. She is a teacher, human ecologist and human rights campaigner.