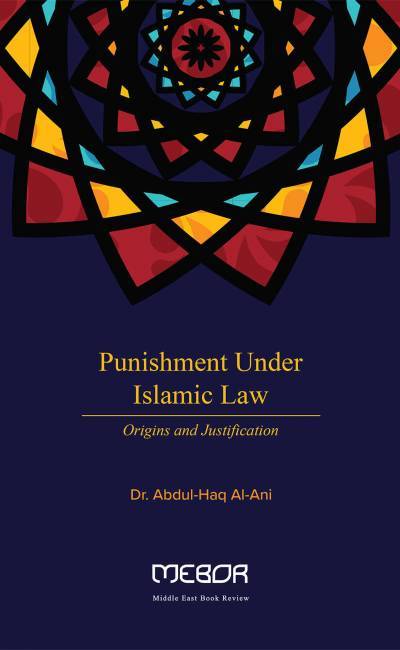 Punishment has been discussed by thinkers over the centuries. Although the justification of punishment requires some theoretical basis, its continuation does not rest on finding such basis. A fundamental principle that has survived despite many changes irrespective of the nature or religion of society is that some punishment is inflicted upon a person who transgresses or breaches some values of that society.

…Almost every Muslim state today has an article in its constitution stating that Islam is either the source or a source of legislation. It has been suggested that “the sheer number of Muslims living today makes the idea of putting Islamic Law into a footnote in contemporary writings inappropriate”. This short book sets out to investigate the principles underlying Punishment in Islam.

DR. ADBDUL-HAQ AL-ANI is an Iraqi-born, British-trained barrister who was called to the Bar in 1996. He is a Chartered Engineer holding a PhD in Electronics Engineering and a PhD in International law, a Masters in Knowledge engineering and a Masters in Philosophy and a Diploma in International Studies. He is a member of the Honourable Society of the Inner temple, a member of the British Computer Society and a member of the Chartered Institute of Arbitrators. Founding editor of The Arab Review, he has written widely on culture, politics and religion.