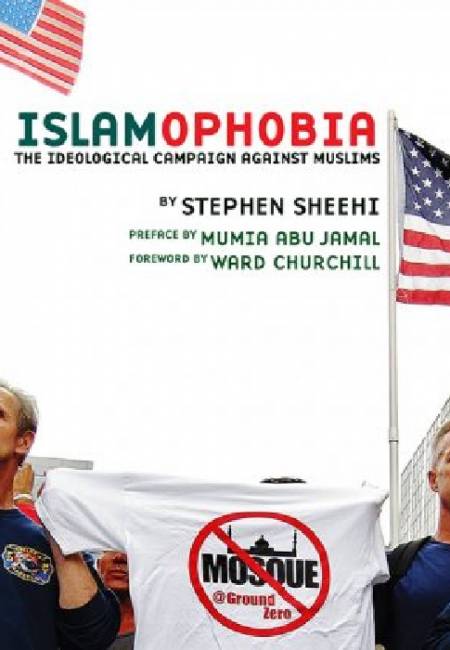 “…the value of this book is incalculable, and Stephen Sheehi is due our deepest thanks and admiration for his courage in writing it.”
from the Foreword by WARD CHURCHILL

Islamophobia: The Ideological Campaign Against Muslims examines the rise of anti-Muslim and anti-Arab sentiments in the West following the end of the Cold War through GW Bush’s War on Terror to the Age of Obama. Using “Operation Desert Storm” as a watershed moment, Stephen Sheehi examines the increased mainstreaming of Muslim-bating rhetoric and explicitly racist legislation, police surveillance, witch-trials and discriminatory policies towards Muslims in North America and abroad.

“[A] brilliantly synthetic work; a gift to all who struggle to understand the anti-Muslim sentiment so pervasive in contemporary America. In a richly detailed yet accessible manner, Sheehi tackles post-Cold War American Islamophobia in all of its complexity, weaving together its liberal and neoconservative strands, and illustrating that we must interrogate it not as a problem of “prejudice” or “misunderstanding,” nor as a debate about Islam itself, but as an ideological paradigm used to structure and justify U.S. policies, both domestic and international.”  NATSU TAYLOR SAITO, author of Meeting the Enemy: American Exceptionalism and International Law

STEPHEN SHEEHI is Associate Professor of Arabic and Arab Culture and Director of the Arabic Program at the University of South Carolina. He teaches intellectual, literary, cultural, and artistic heritage of Arabo-Islamic world. His work interrogates various modalities of self, society, art and political economy with Arab modernity.
He is the author of Foundations of Modern Arab Identity, which examines the foundational writing of intellectuals of the 19th century Arab Renaissance or al-nahdah al-`arabiyah. The book discusses how Arab intellectuals offered a powerful cultural self-criticism along side their critiques and discussions of modernity, capitalism and European imperialism. He has also published in journals such as International Journal of Middle Eastern Studies, The British Journal of Middle East Studies, Discourse, Critique, The Journal of Arabic Literature, and The Journal of Comparative South Asian, African, and Middle Eastern Studies.