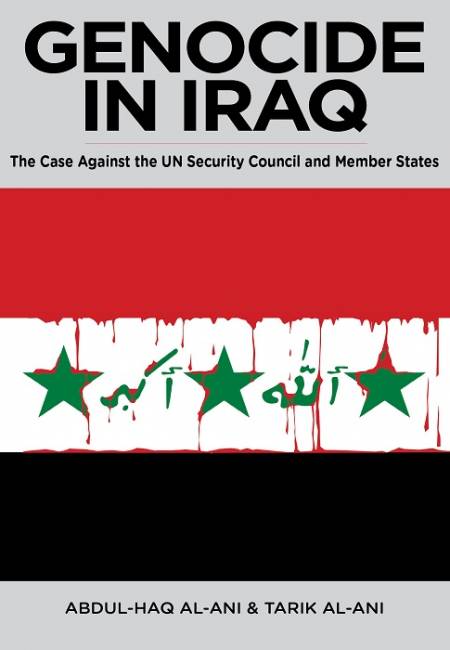 This was one of the most heinous crimes of the 20th century, yet it has received little coverage in the Western press. The real weapon of mass destruction in Iraq was not nuclear, but the Security Council-enforced sanctions, that were knowingly maintained by the Security Council even as they killed  over one million Iraqis, including 500,000 children, according to the UN’s own administrators.  It was a price then US Secretary of State Albright infamously said was one “we are willing to pay.” This will be the authoritative book on genocide in Iraq.

Foreword by Joshua Castellano, Professor of Law and Head of the Law Department, MiddlesexUniversity, UK.

“ a severe but cogently argued and well-documented indictment of the United Nations Security Council, the principal vehicle through which the United States, the rogue-in-chief of all nation-states, effected the wholesale destruction of Iraq…” VINAY LAL, Professor of History, UCLA

ABDUL-HAQ AL-ANI is an Iraqi-born, British-trained barrister who served as a legal adviser on Saddam Hussein’s defense to his daughter, Raghad Saddam Hussein. Called to the Bar in 1996, he holds a PhD in Electronics Engineering and a PhD in International law. Founding editor of The Arab Review, he has written widely on culture, politics and religion.  He is author of The Trial of Saddam Hussein.

TARIK AL-ANI is an architect by profession, a translator, and a researcher of Arab/Islamic issues, who has been a strong opponent of the genocidal sanctions and the wars against Iraq.He has publicly written and talked about these issues in Finland where he works and lives