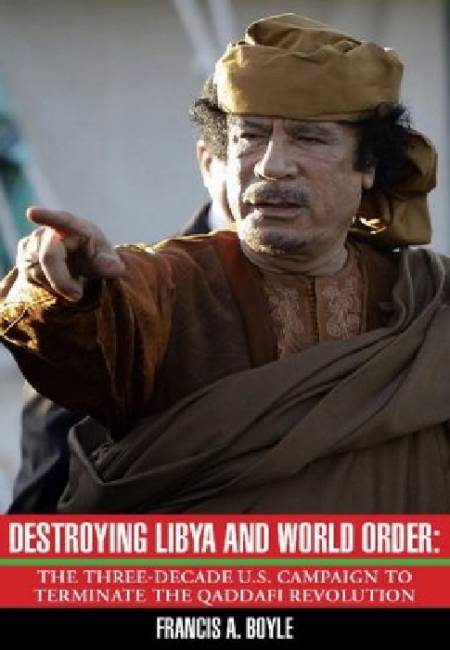 International legal expert Francis Boyle provides a comprehensive history and critique of American foreign policy toward Libya from when the Reagan administration came to power in January of 1981 up to the 2011 NATO war on Libya that ultimately achieved the US goal of regime change, and beyond.

“The book is a profound and scathing critique of modern Western imperialist policy and its “humanitarian” R2P doctrine, especially in its islamophobic and racist version against the Muslim world that might has the power to defeat Western unlimited imperialism.”