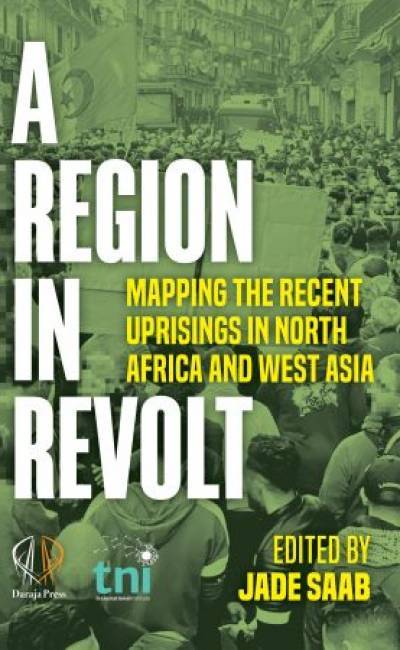 A wave of mass protest movements has spread across North Africa and West Asia, including Sudan, Algeria, Iraq, Lebanon and Iran. The mass protests have much in common, from opposing authoritarian regimes and worsening economic situations to demanding radical changes in social relations. Despite their similarities, each protest movement operates under different conditions that cannot be ignored. The specific historic, political and economic contexts of each country have determined who the key actors of the uprisings are and their location across old and new divides. This book elaborates on these similarities and differences to paint a clearer picture of these movements and draw out lessons to inform future struggles.

Edited by JADE SAAB, a Lebanese/Canadian Researcher at the University of Glasgow, the contributors include Azza Mustafa and Sara Abbas (on Sudan); Hamza Hamouchene and Selma Oumari (on Algeria); Zeidon Alkinani (on Iraq); Jade Saab and Joey Ayoub (on Lebanon); and Frieda Afary (on Iran).