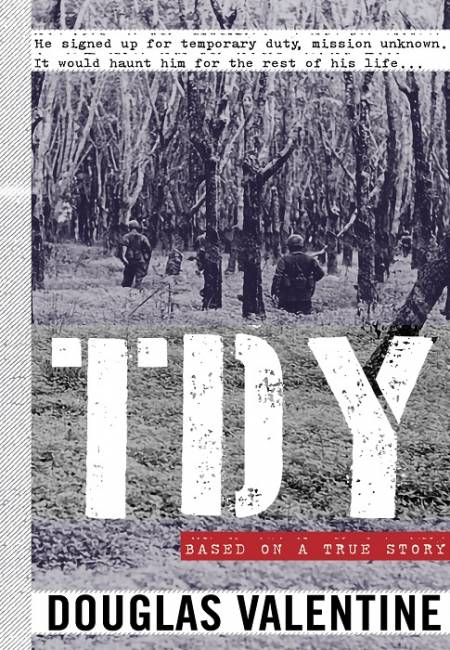 This novel by Douglas Valentine, author of the nonfiction bestseller The CIA as Organized Crime, is based on a true story, one told to him by a Vietnam veteran, and barely, yet grippingly, fictionalized here.  In early 1967, a bored, adventurous photojournalist on an Air Force base in Texas is offered a Temporary Duty (TDY) assignment somewhere overseas. The mission is steeped in secrecy, but Pete is promised a large bonus and hazardous duty pay.  The mission that unfolds is terrifying beyond anything Pete ever imagined.

“I read it in suspense and found the last revelations after the mission even more disturbing.” —OLIVER STONE

“As no other writer, Doug Valentine has been to the heart of darkness in American foreign policy and come back with stories of historic moment. His brilliant, courageous work is revelation, prophecy, wisdom. It will stand as a singular mark of our saving capacity to learn. ” —ROGER MORRIS,  author of Partners in Power:  The Clintons and Their America

“The elements of this book fit together like the layers of an onion, each one surrounding and making opaque the layers beneath. It’s like a detective story, a Vietnam War version of Chinatown, the impact of which depends on twists which are part of protecting the secrecy of the mission and the ignorant innocence of the American public.” —BILL TREMBLAY, Dissident Voice

DOUGLAS VALENTINE is an American journalist and author of The Hotel Tacloban, The Phoenix Program, The Strength of the Wolf (winner of the Choice Academic Library Award),  The Strength of the Pack and The CIA As Organized Crime. His articles have appeared regularly in CounterPunch, ConsortiumNews, and elsewhere. Portions of his research materials are archived at the National Security Archive (both a Vietnam Collection and a separate Drug Enforcement Collection), Texas Tech University’s Vietnam Center, and John Jay College. He provided expert testimony at the King v Jowers trial on the Martin Luther King, Jr. assassination at the request of the King family.