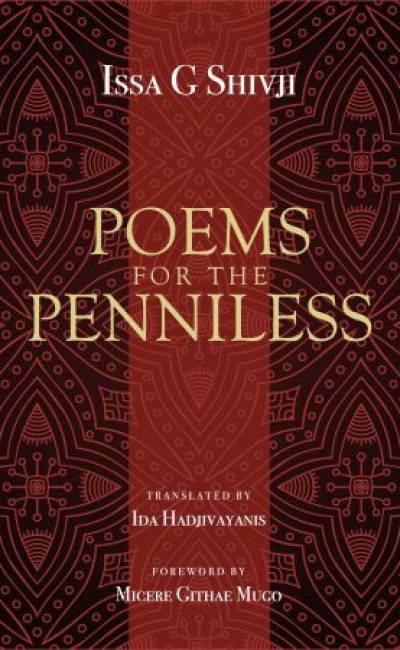 These poems by Issa Shivji, lawyer, activist and Tanzanian public intellectual, were written at different times in different circumstances. They give vent to personal anguish and political anger. Mostly originally written in Kiswahili, here accompanied by English translations, and they are intensely personal and political.

Poems are clustered under several headings to provide a context. The last section are poems, concerned with Shivji’s period in South Africa in 2018, reflect on the emergence of neo-apartheid with its wanton and shameless exploitation of the majority.

IDA HADJIVAYANIS, the translator, earned her PhD in Translation at SOAS University of London where she currently lectures on Swahili and Translation. Her interests lie in Swahili language, literature and Translation, language and identity, and the East African Diaspora.