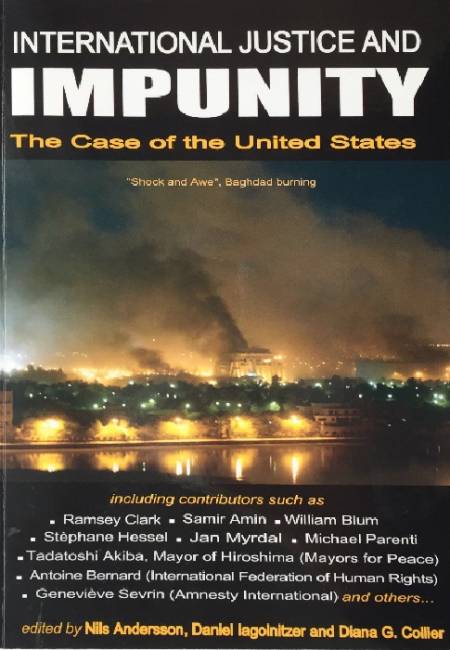 In September, 2005, an international conference on the international issue of impunity for war crimes and crimes against humanity was held at the Palais Bourbon (Assemblée Nationale) in Paris. Confronted with the US policies, its “war on terrorism” and its disastrous impact on global efforts to deepen and entrench the rule of law, the Association for the Defence of International Humanitarian Law, France (ADIF), in cooperation with the International Federation of Human Rights (FIDH), assembled leading human rights intellectuals, historians, lawyers and NGOs representatives from the United States, Europe, Latin America and the Middle East, to spearhead international civil society’s response to this threat. This book, its response, is a damning indictment of the Hiroshimas of our time. It provides a cogent elaboration of the international legal values to be defended, for humanity to triumph over the new wave of global barbarism brought about by the efforts of the United States to consolidate and extend the dimensions of its empire.

Théo Van Boven was the representative of The Netherlands to the UN Commission on Human Rights, then Director of the Human Rights Division of the United Nations from 1977 to 1982.  He presently teaches law at the University of Limbourg.

Pierre Vidal Naquet, historian, militant against torture and against the Algerian War, specialist in Greek history, has also directed numerous works on modern and contemporary history, and taught the sociology of ancient Greece at the French School for Advanced Studies in Social Sciences.