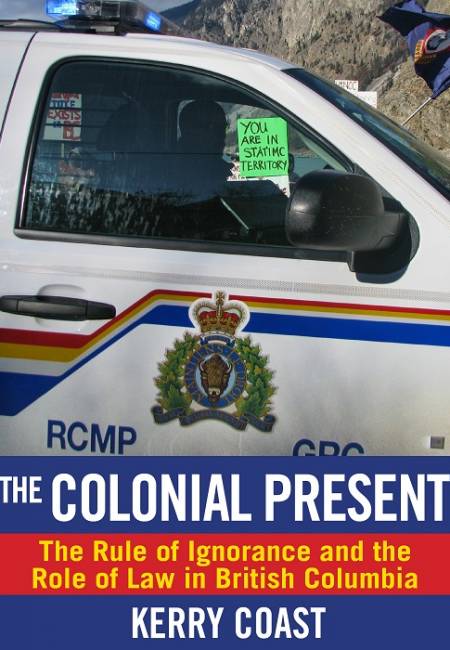 “A timely, thorough, and readable exposé of the persistence of colonialism in British Columbia, the genocidal policies of Canadian settler society, and their ongoing effects on First Nations peoples.  The Colonial Present integrates historical context and contemporary political and cultural dynamics into its compelling assessment of urgent questions affecting indigenous land, natural resources and sovereignty.  This fascinating study provides a template not only for understanding but transforming colonial realities throughout North America.”
Natsu Taylor Saito, Professor of International Law, Georgia State University

KERRY COAST has lived her life in the lands of the Squamish, Líl’wat, St’át’imc, Secwepemc and Sto:lo. Coast produced The St’át’imc Runner newspaper and The BC Treaty Negotiating Times. She adapted five legends for the stage and produced them with the Úcwalmicw Players in Lillooet. She has done professional research in First Nations Education. Coast served as the representative of IHRAAM, an international NGO, at the United Nations Permanent Forum on Indigenous Issues in New York in 2011-2013, and participated in the UN Expert Mechanism on the Rights of Indigenous Peoples (EMRIP) in 2013. She was part of an IHRAAM delegation meeting with Commissioner Tracey Robinson of the Inter-American Commission of Human Rights in Vancouver on August 9th, 2013 concerning the IHRAAM case registered with the IACHR.