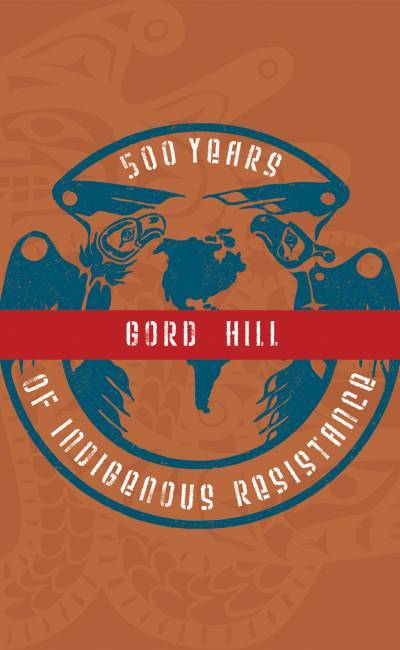 The history of the colonization of the Americas by Europeans is often portrayed as a mutually beneficial process, in which ”civilization” was brought to the Natives, who in return shared their land and cultures. A more critical history might present it as a genocide in which Indigenous peoples were helpless victims, overwhelmed and awed by European military power. In reality, neither of these views is correct.

500 Years of Indigenous Resistance is more than a history of European colonization of the Americas. In this slim volume, Gord Hill chronicles the resistance by Indigenous peoples, which limited and shaped the forms and extent of colonialism. This history encompasses North and South America, the development of nation-states, and the resurgence of Indigenous resistance in the post-WW2 era.

GORD HILL is a member of the Kwakwaka'wakw nation on the Northwest Coast. Writer, artist, and militant, he has been involved in Indigenous resistance, anti-colonial and anti-capitalist movements for many years, often using the pseudonym Zig Zag.