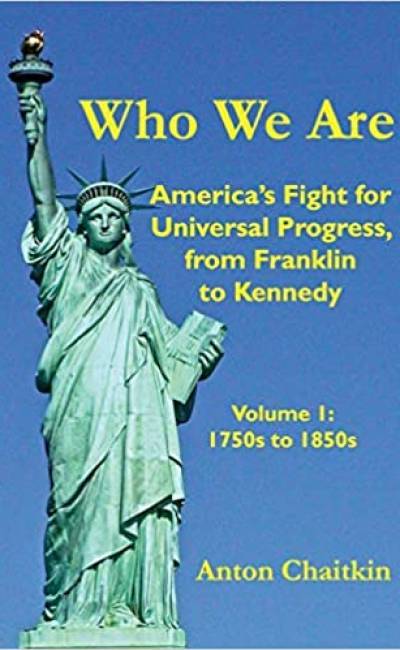 This book could help save the United States.

A half century ago, the Anglo-American Establishment reversed the policies that made America rich, powerful, and humane.

Chaitkin takes you behind the scenes, to see the two sides struggling to control American policy: nationalist statesmen and industrial innovators, versus the British empire, Wall Street and the southern slaveowners.

He argues that a profound sense of mission of the United States is urgently needed now if it is to become again a blessing to the world, and not a menace.

Historian and investigative journalist ANTON CHAITKIN is the author of hundreds of “scoops" on economic and political history. Chaitkin was History Editor for Executive Intelligence Review. For 40 years, he has made groundbreaking discoveries about the lives and intentions of those who fought for man's improvement, and of their imperial opponents.