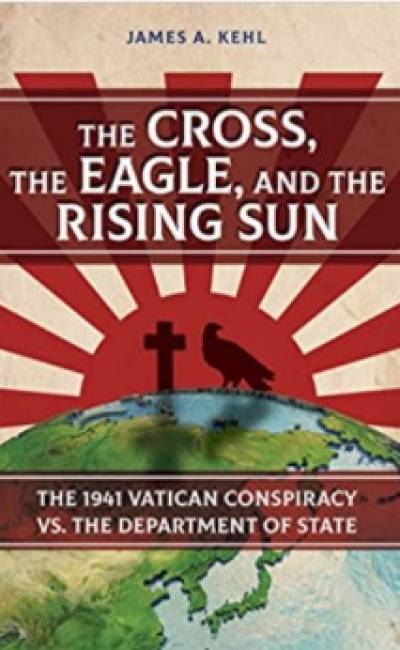 The most daring covert attempt in American history to influence the State Department Exposed!

In 1941, World War II was defined as a global conflict, a tragedy that America and the Vatican struggled to prevent. Both were baffled on December 7th when the Japanese launched their assault against the Navy Base at Pearl Harbor. The Vatican promoted Japanese domination of the Western Pacific and Southeast Asia, a premise untenable to the United States. To add to American indignation, Japan was still holding China hostage during this year.

In this captivating discovery, James A. Kehl writes a new chapter in pre-World War II diplomacy—unearthing the role of two Catholic priests who worked secretly to alter the course of history.

Dr. JAMES A. KEHL is Professor Emeritus at the University of Pittsburgh, where he was a member of the History Department for 46 years. With a field of expertise in the history of American Political Parties, he has authored Ill Feeling in the Era of Good Feeling and Boss Rule in the Gilded Age, along with numerous scholarly articles and feature in the Pittsburgh Post-Gazette.