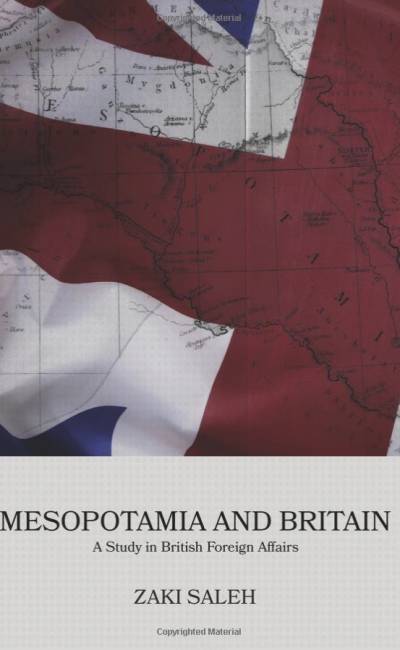 A timely book by a very astute Iraqi academic into the history of British foreign policy in the Middle East. One of the more significant sections is that dealing with the growth of interest in Mesopotamia, engendered in England by stories of The Arabian Nights, which produced a romantic concept of such places as Baghdad and Basra. In this connection, Saleh mentions the serious works of such British scholars as Stanley Lane-Poole, Edward Williams Lane, E.M. Wherry, Sir William Muir, Sir Thomas W. Arnold and Guy Le Strange. All these and many more, the author asserts, produced an intellectual and emotional climate that stirred Great Britain to extend her empire in the Muslim world and familiarized the British public with the lands bordering upon the Tigris and Euphrates.

Another emphasis at the end of Chapter VIII is Britain’s needless anxiety about German inroads into Mesopotamia and the Persian Gulf. Saleh sites the small percentages of trade and shipping in German hands in the years between 1890 and 1914 in contrast to the sizeable figures for imports, exports and tonnages between England and Mesopotamia.

ZAKI SALEH was Professor and the Head of the Department of History at Baghdad University. Saleh offers a study of over three centuries of the main features of the history of British foreign policy concerning Iraq and its neighbouring Middle Eastern countries. It is a vital reference book to all students of the Middle East.