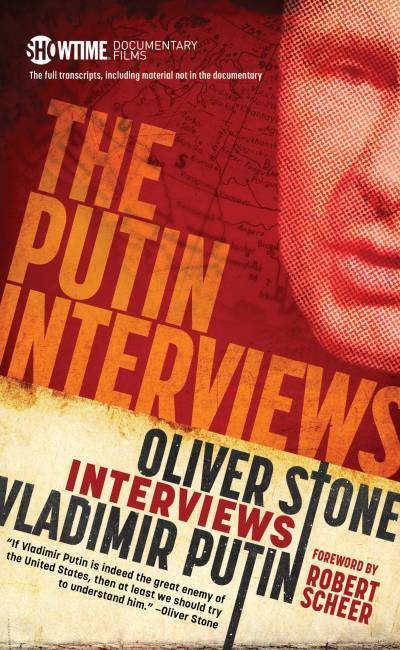 The Putin Interviews are culled from more than a dozen interviews with Putin over a two-year span—never before has the Russian leader spoken in such depth or at such length with a Western interviewer.

Prodded by Stone, Putin speaks about his rise to power and details his relationships with Presidents Clinton, George W. Bush, Obama, and Trump. The exchanges are personal, provocative, and at times surreal.

Academy Award-winning OLIVER STONE has written and directed over 25 feature films and 6 documentaries, among them some of the most influential and iconic films of the last decades. Some have been at deep odds with conventional myth—films such as Platoon, Born on the Fourth of July, JFK, Natural Born Killers, Nixon, and Untold History of the United States.