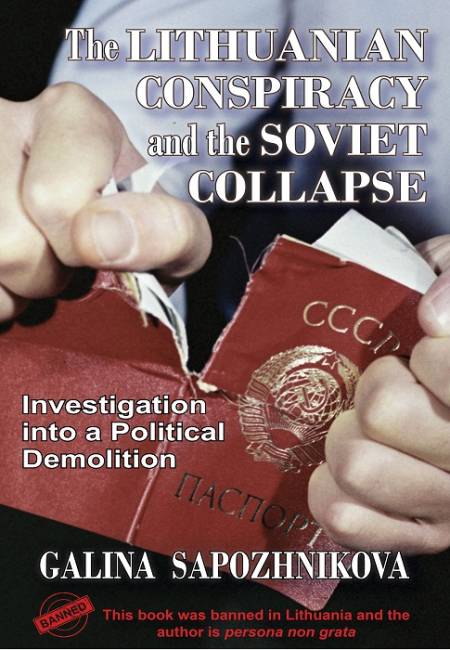 Through interviews with leading participants on both sides, prominent Russian journalist Galina Sapozhnikova captures the political and human dimensions of betrayal and disillusionment that led to the collapse of the 20th century’s greatest experiment in social engineering, and what happened to the men and women who struggled to destroy or save it. She dissects the tactics behind a “pro-democracy” regime change, its wider agenda, and the fallout.

“The documentary investigation of the famous Russian journalist Galina Sapozhnikova came out during the 25th anniversary of the tragic events of 1991. That which we considered true revolutionary changes, according to the author, in reality was a well-rehearsed script that was being tried on various scenes. And we realize this more and more… There is a strong, but unseen connection between the events a quarter century ago and today.” Eurasia.doc

GALINA SAPOZHNIKOVA was born in Izhevsk (Russian Federation), and graduated from the journalism faculty of the Saint Petersburg University in 1988. She is the recipient of multiple professional awards – the Artyom Borovik award for journalist investigations, Andrey Sakharov's award “For Journalism as a Deed," the Iskra Media Group award, the Julian Semenov award in extreme geopolitical journalism, the Oles Buzina literature and media award. She has been awarded the “Golden Quill" of the Russian Journalist Union and the distinguished decoration “For Merits in the Professional community." Her 2009 book Arnold Meri: Estonia's Last Hero was the winner of the Russian Print competition for best journalistic book. She is currently a political analyst with Komsomolskaya Pravda, living in Moscow and Tallinn.