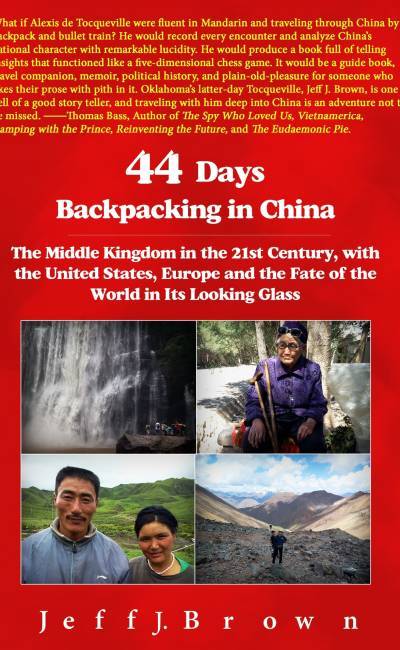 Much more than just a travelogue, 44 Days is an intimate dialogue with China’s peoples, their histories, regions, economies, cultures, work, foods and future. Unabashedly iconoclastic and a contrarian’s delight, Jeff brings down many a golden calf, as he writes as few travelers do – putting China’s relations and rapid arc of development in perspective with the United States and Europe, making 44 Days a fascinating and unique approach to today’s critically important world affairs.

“44 Days" is a delightful romp through a changing China and Jeff Brown is an excellent guide.John Pomfret, author of Chinese Lessons: Five Classmates and the Story of the New China

“44 Days" is a fascinating exploration of the people of China, and the land in which they live. Brown is very knowledgeable of China's government and the country's millennia-old history…Jeff Brown is an intelligent, articulate and entertaining writer and 44 Days is absolutely enthralling. I highly recommend it. Mick Winter, author of Cuba for the Misinformed: Facts from the Forbidden Island