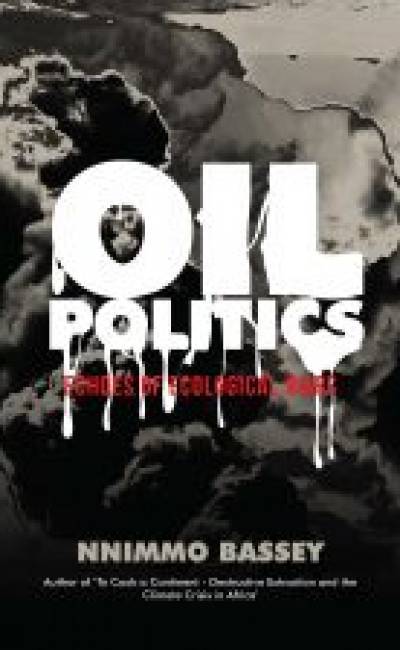 The essays here contribute to developing and deepening an understanding of the ecological challenges ravaging Nigeria, Africa and our world today. They illustrate the global nature of these terrors. These essays are not meant just to enable for coffee table chatter: they are intended as calls to action, as a means of encouraging others facing similar threats to share their experiences.

Set out in seven sections, this book of 54 essays deals with deep ecological changes taking place primarily in Nigeria but with clear linkages to changes elsewhere in the world. The essays are laid out with an undergird of concerns that characterize the author’s approach to human rights and environmental justice advocacy.

NNIMMO BASSEY is a Nigerian environmental justice activist, architect, essayist and poet. He is the director of the ecological think-tank, Health of Mother Earth Foundation (HOMEF) and coordinator of Oilwatch International. He was the chair of Friends of the Earth International (the largest grassroots environmental organisation in the world) from 2008-2012 as well as the co-founder and executive director of Environmental Rights Action (1993-2013) which is based in Nigeria (in Benin city, Lagos, Abuja, Port Harcourt and Yenagoa).