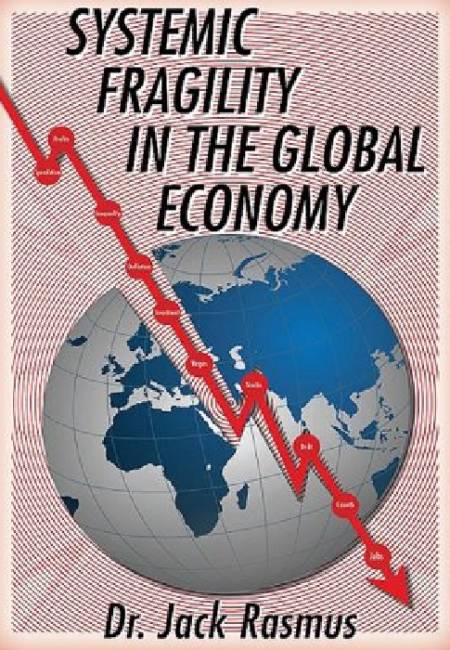 “Systemic Fragility in the Global Economy offers a penetrating analysis of economic stagnation in advanced economies by providing a sustained and systemic focus on the role of finance, an analysis that probes further than mainstream economic analysis. Rasmus has made a signal contribution to contemporary economics and provided a vitally important X-ray of the political economy of stagnation.”  Prof. Jan Nederveen Pieterse,  Journal of Post Keynesian Economics

“A major contribution is the analysis of the complexity of shadow banking, an ill-defined term of art in most of the literature.”  Prof. Bob Jessop, Lancaster University, UK, Capital & Class, Vol. 40, No. 2, June 2016

” Overall, Rasmus has supplied a great deal of food for thought in exploring issues central to the world economy. In stimulating readers to think about them – even to the point of disagreement – he has provided a very real service.”  Alex Field, The European Financial Review, April, 2016

“This is a great book and the substantial effort it takes to read it is well worth it. It is both a compelling economic history and a call for change….”  David R. Baker, Business Reporter, San Francisco Chronicle

JACK RASMUS is the author of several books on the USA and global economy, including Central Bankers at the End of Their Rope and The Scourge of Neoliberalism. He hosts the weekly New York radio show, Alternative Visions, on the Progressive Radio network; is shadow Federal Reserve Bank chair of the ‘Green Shadow Cabinet’ and economic advisor to the USA Green Party’s presidential candidate, Jill Stein. He writes bi-weekly for Latin America’s teleSUR TV, for Z magazine, Znet, and other print & electronic publications. Dr. Rasmus studied economics at Berkeley, took his doctorate in the University of Toronto (1977), and worked for many years as a union organizer and labour contract negotiator. He currently teaches economics and politics at St. Mary's College in California.