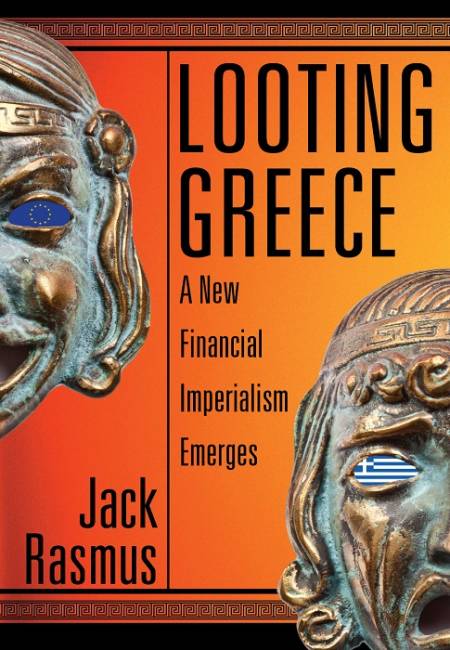 Looting Greece examines how and why the Syriza party ended up agreeing to a deal much worse than its political predecessors in 2010 and 2012. Placing the Greek events of 2015 in broader historical perspective, the book argues a radical new neoliberal initiative in Europe has emerged.

“In this brilliant book, Rasmus shows that the EU is a finely honed device for looting its poorest members of their wealth and their democracy.” PAUL CRAIG ROBERTS

“an analytically clear, historical account of the European and Greek debt crises. It emphasizes the centre and periphery relations between the North and South of Europe in the European Monetary Union (EMU) institutional framework, which reminds us of the interwar gold standard regime. It is an interesting contribution.”
BOB JESSOP, Capital & Class

JACK RASMUS is the author of several books on the USA and global economy, including Systemic Fragility in the Global Economy, Central Bankers at the End of Their Rope and The Scourge of Neoliberalism. He hosts the weekly New York radio show, Alternative Visions, on the Progressive Radio network; is shadow Federal Reserve Bank chair of the ‘Green Shadow Cabinet’ and economic advisor to the USA Green Party’s presidential candidate, Jill Stein. He writes bi-weekly for Latin America’s teleSUR TV, for Z magazine, Znet, and other print & electronic publications. Dr. Rasmus studied economics at Berkeley, took his doctorate in the University of Toronto (1977), and worked for many years as a union organizer and labour contract negotiator. He currently teaches economics and politics at St. Mary's College in California.