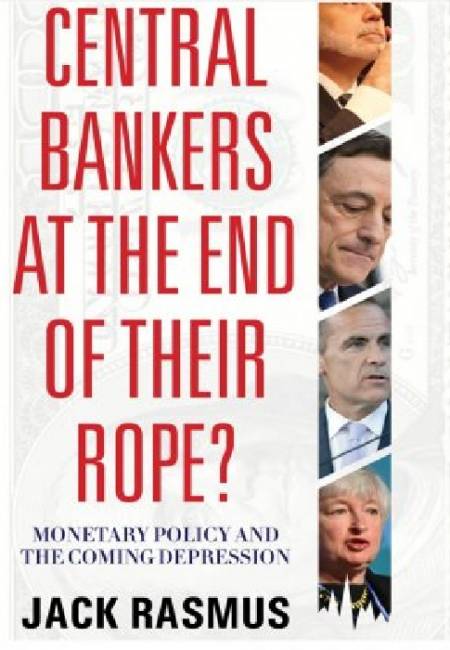 Taking away this central bank artificial subsidization of the private sector, especially the financial side of the private sector, would almost certainly lead to a financial and real collapse of the global economy. It is thus highly unlikely that the Fed, Bank of England, Bank of Japan or European Central Bank will be able any time soon to retreat much from their massive liquidity injections that have been the hallmark of central bank policy since 2008.

“Rasmus documents the ties of the Federal Reserve to Wall Street and demands democratization of central banking with a series of common sense solutions. A great book.  I learned a lot from it.”  LARRY COHEN, Board chair, Bernie Sanders' Our Revolution

JACK RASMUS is the author of several books on the USA and global economy, including Systemic Fragility in the Global Economy, 2015; aLooting Greece: A New Financial Imperialism Emerges (2016) and The Scourge of Neoliberalism (2020). He hosts the weekly New York radio show, Alternative Visions, on the Progressive Radio network; is shadow Federal Reserve Bank chair of the ‘Green Shadow Cabinet’ and economic advisor to the USA Green Party’s presidential candidate, Jill Stein. He writes bi-weekly for Latin America’s teleSUR TV, for Z magazine, Znet, and other print & electronic publications. Dr. Rasmus studied economics at Berkeley, took his doctorate in the University of Toronto (1977), and worked for many years as a union organizer and labour contract negotiator. He currently teaches economics and politics at St. Marys College in California