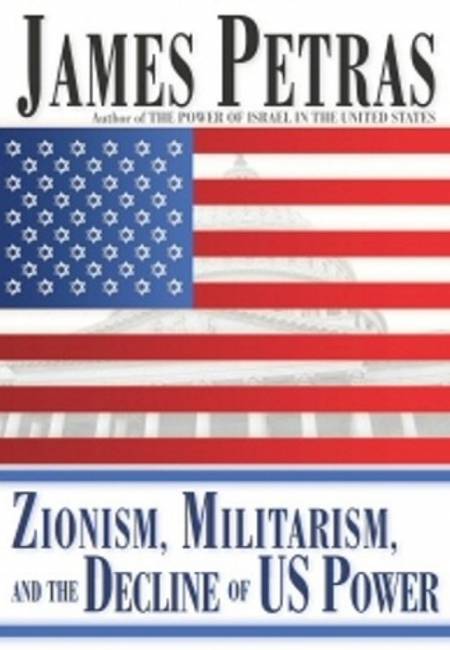 Criticizing and exposing the powerful public role of American Zionism in shaping US policy in the Middle East is the biggest taboo in US politics. Politicians, academics, journalists, prelates and ordinary American citizens who publicly voice their dissent are targeted for political purges, denied academic tenure, and access to the mass media and scurrilously labeled as ‘anti-Semites’ by the Zionist power configuration.

This book challenges the claims of Zionist apologists who argue that the ‘Israel power configuration’ is just another lobby, by empirically examining several major policies. The case studies demonstrate conclusively that today issues of war and peace, trade and investment agreements by US, European and Asian oil companies and banks in the Middle East, multi-billion dollar arms sales to Saudi Arabia are all subject to ZPC scrutiny and veto.

“Every Petras book is important. So is this one at a time the most powerful Washington Lobby is assured that a new administration will continue and expand the current  ‘Global Wars on Terrorism.'”–Stephen Lendman, Global Research