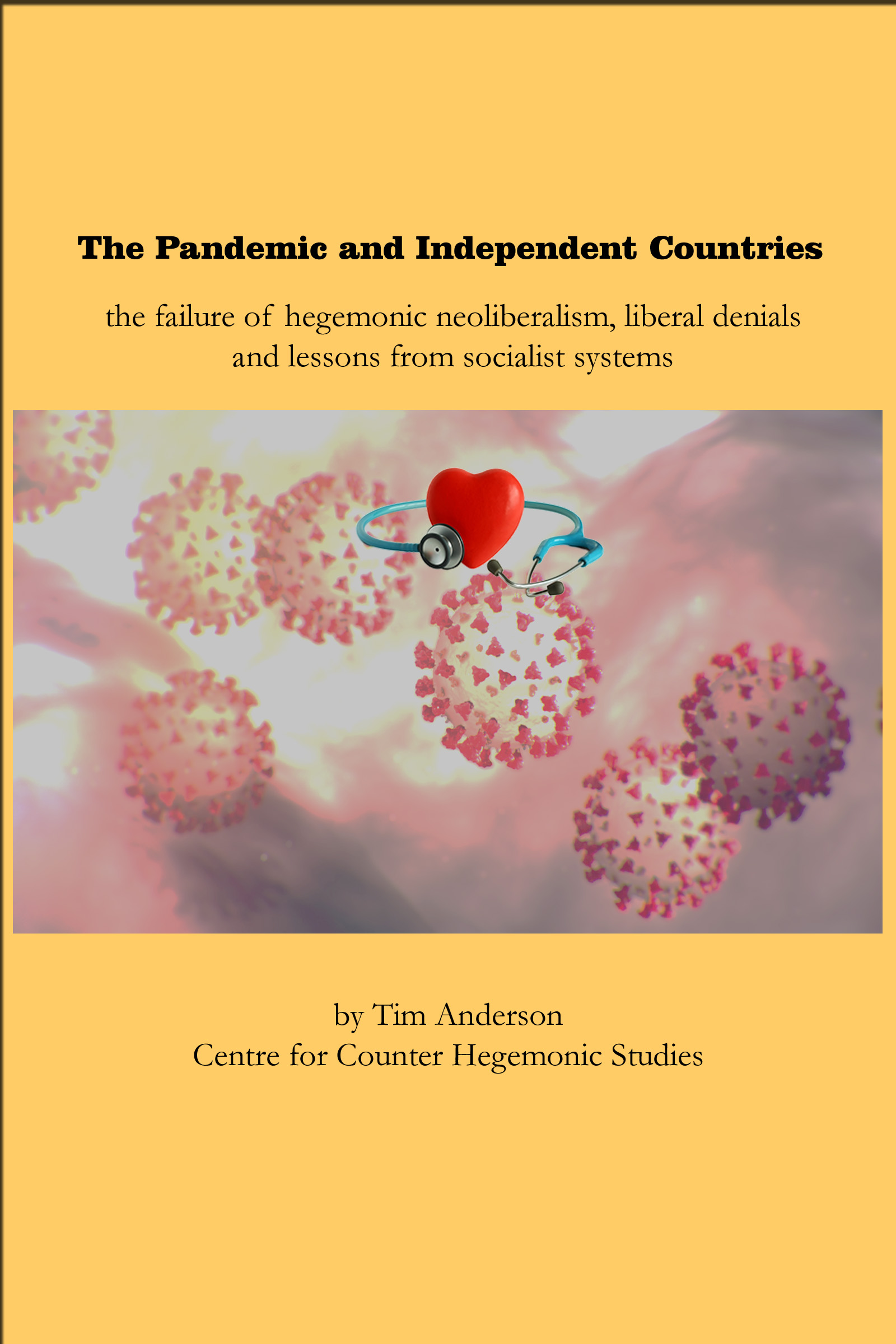 Drawing on values of humanism, social solidarity and shared science this book makes international comparisons on the handling of the COVID19 pandemic in 2020. The first theme argued is that the COVID-19 pandemic exposed the failings of the hegemonic neoliberal approach to public health. The second theme explains the response of a number of independent countries, notably China, Cuba and Syria, responses which show the importance of well organised and resilient social systems, relatively independent of hegemonic neoliberalism. The third theme addresses myths put out by a significant minority of western libertarians and populist liberals, those who simply denied there was a serious health crisis and, in some cases, argued that the pandemic was world-wide conspiracy.

DR. TIM ANDERSON is Director of the Centre for Counter Hegemonic Studies. He was for 20 years an academic in Political Economy at the University of Sydney and before that taught at other Australian universities. He researches and writes on development, rights and self-determination in Latin America, the Asia-Pacific and the Middle East. He has published dozens of articles in a range of academic books and journals. His most recent books are: Land and Livelihoods in Papua New Guinea (2015), and The Dirty War on Syria (2016, in ten languages).