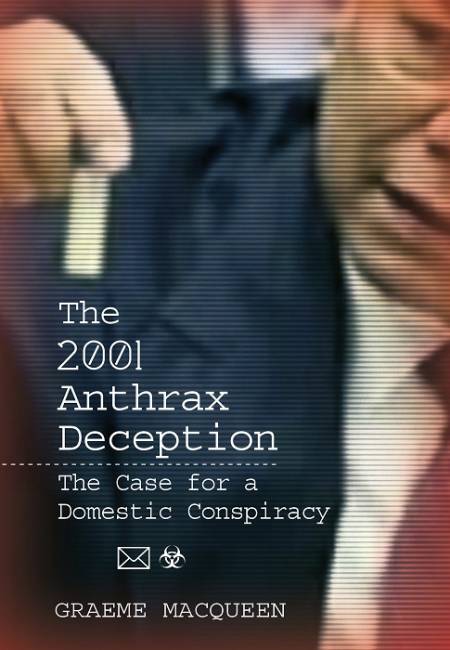 “When I received The 2001 Anthrax Deception I immediately read it cover to cover. I consider the topic to be urgently important, and MacQueen’s treatment of it I consider excellent — one of the most important and persuasive 9/11 books I have read.”–PETER DALE SCOTT, author of The American Deep State

“… bites through the “conspiracy theory” taboo to demonstrate in fine detail the key administration and media accusations following one propaganda scenario after another to deceive the public into panic and war fever to frame al-Qaeda and enact its larger global domination project..”–JOHN MCMURTRY, Fellow of the Royal Society of Canada and University Professor (Emeritus) The Cancer Stage of Capitalism / from Crisis to Cure (2013).

“Dr. MacQueen shows that indeed 9-11 and anthrax were connected, and that the false-flag, inside job characteristic that inexorably became part of the official version of the anthrax attacks must also apply to 9-11.” –BARRY KISSIN, American attorney and author of The Truth About The Anthrax Attacks

GRAEME MACQUEEN received his Ph.D. in Buddhist Studies from Harvard University and taught in the Religious Studies Department of McMaster University for 30 years. While at McMaster he became founding Director of the Centre for Peace Studies at McMaster, after which he helped develop the B.A. program in Peace Studies and oversaw the development of peace-building projects in Sri Lanka, Gaza, Croatia and Afghanistan. Graeme was a member of the organizing committee of the Toronto Hearings held on the 10th anniversary of 9/11 and is co-editor of The Journal of 9/11 Studies.