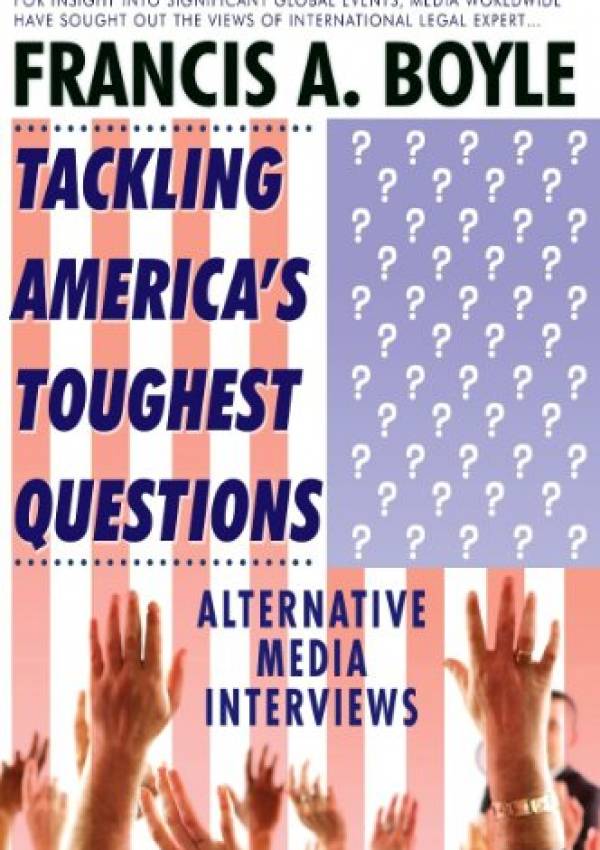 Francis A. Boyle may be one of the few international lawyers to have been extensively interviewed by most of the world's major media, both in the United States and abroad–in testament to the stature of his clients, the significance of events in which he has played a role, and to his worldwide reputation for combining international legal expertise with keen political insight. On September 13, 2001, Boyle's interview on The O'Reilly Factor (FOX News) was explosive. There, he stood up to O'Reilly's drumbeat for war in reaction to the 9/11 terrorist attack, lucidly outlining the politico-legal case against war and speaking directly to the American people. It marked a turning point in his relations with the mainstream American media. The Boyle interviews in this collection reflect the kind of authoritative, objective insight now available in the United States primarily through its alternative media. Here, Francis Boyle addresses hard-hitting questions on the many troubling aspects of US policy since September 11, 2001–the war in Afghanistan from the initial US military intervention to its 2008 escalation, the war on terrorism, Iraq, Iran, Guantanamo, the Patriot Act, impeachment, torture, the anthrax attacks, and domestic infringements of the constitution. His insight on domestic and international events, in the framework of both law and politics, provides a comprehensive orientation to understanding the most significant events of the past decade.