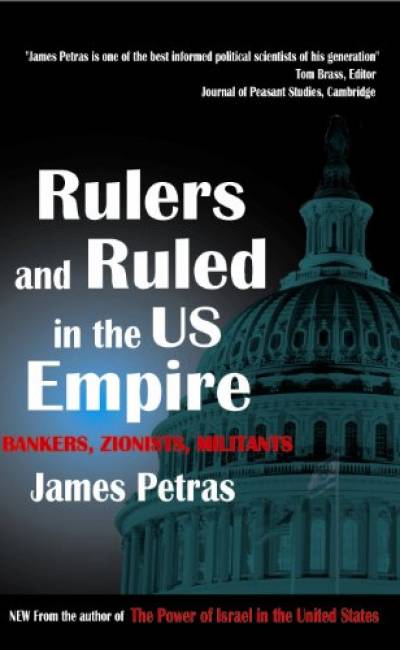 This book provides a comprehensive guide to the systemic dimensions of the US empire. Petras elaborates the changes within the US ruling class, as its manufacturing sector declines and gives way to the ascendancy of finance capital, illustrated by its dominance of both the US economy, and the parameters for political debate on the US role in the world economy (globalization, trade liberalization). Petras addresses the fallacy of discussions on the imminent collapse of capitalism when what is occurring in reality is the collapse of workers' rights. He elaborates the contradictions in current immigration/trade liberalization policies, and how these work toward forcing the displacement of peoples, and furthering the underdevelopment of third world countries. He reveals the dark heart of modern empire, in the emergence and proliferation of holocaust-scale carnage and further outlines how the world capitalist system is laced together in an intricate hierarchy where the US pulls most of the strings, even outside its ostensible area of dominance.

JAMES PETRAS is a Bartle Professor (Emeritus) of Sociology at Binghamton University, New York. He is the author of 64 books published in 29 languages, and over 560 articles in professional journals, including the American Sociological Review, British Journal of Sociology, Social Research, Journal of Contemporary Asia, and Journal of Peasant Studies. He has published over 2000 articles in nonprofessional journals such as the New York Times, the Guardian, the Nation, Christian Science Monitor, Foreign Policy, New Left Review, Partisan Review, Temps Moderne, Le Monde Diplomatique, and his commentary is widely carried on the interne