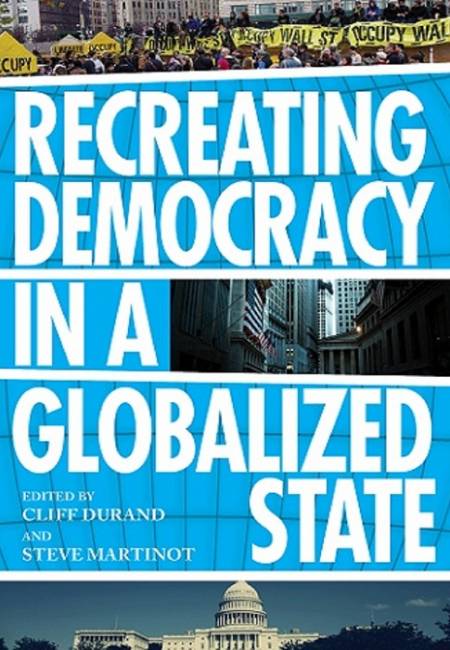 “In Recreating Democracy in a Globalized State, Cliff Durand and Steve Martinot confront one of the most important political and theoretical problems facing modern society: how the national state can be democratised in an era when transnational corporations rule a global economy….Recreating Democracy in a Globalized State is a lively and involving work that gets the reader to think about some of the most important questions of our time. The authors’ approach helps to update national liberation strategies common in the 1950s and 1960s, addressing these questions in the context of globalisation in a creative and radical manner. Engaging with this book is certainly time well spent.”  Jerry Harris, Secretary of the Global Studies Association of North America, reviewed in Race and Class

CLIFF DURAND is a Research Associate at the Center for Global Justice, which he co-founded in 2004. He is also coordinator of Research Network in Cuba and has led trips annually to Cuba since 1990. A veteran of the 1960s social movements, he has worked to build institutions of the Left. In 1982 he co-founded the Radical Philosophy Association and the Progressive Action Center, long the “home” of the Left in Baltimore. For 40 years he was a professor of Social Philosophy at Morgan State University. His continuing research and activism focuses on globalization, participatory democracy and socialism.