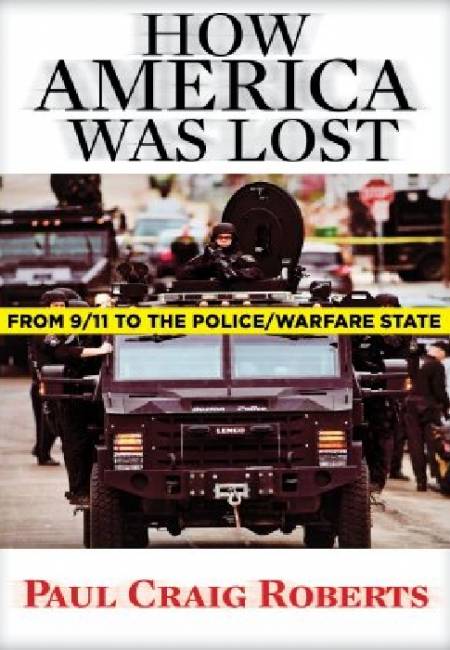 Americans appear largely bystanders at the spectacle of their government’s flouting of the Constitution and international legal norms—if ever they were aware of them in the first place—accepting to live in the increasingly pernicious “new normal” with little protest.

This remarkable anthology of columns documents and reminds us of the extraordinary developments that, in their accumulation, have led to the destruction of accountable and moral government in the US.

“In How America Was Lost, Paul Craig Roberts focuses his keen eye and sharp mind on the deterioration of government accountability and morality amidst the rise of hypocrisy and recklessness in the wake of 9/11. Through the tangle of wars, aggression, decimation of privacy, Wall Street protectionism and debt creation since, Roberts is relentless in his well-reasoned criticisms of US leadership from an economic and military standpoint.”
NOMI PRINS, Author, All the Presidents’ Bankers

PAUL CRAIG ROBERTS was Assistant Secretary of the US Treasury in the Reagan administration, a member of the US Congressional staff, associate editor and columnist for the Wall Street Journal, columnist for Business Week, the Scripps Howard News Service, and Creators Syndicate, Senior Research Fellow, Hoover Institution, Stanford University, and was appointed to the William E. Simon Chair in Political Economy, Center for Strategic and International Studies, Georgetown University. He is chairman of the Institute for Political Economy and author or coauthor of ten books and numerous articles in scholarly journals. Testifying before committees of Congress on 30 occasions. Dr. Roberts was awarded the US Treasury’s Meritorious Service Award and France’s Legion of Honor.