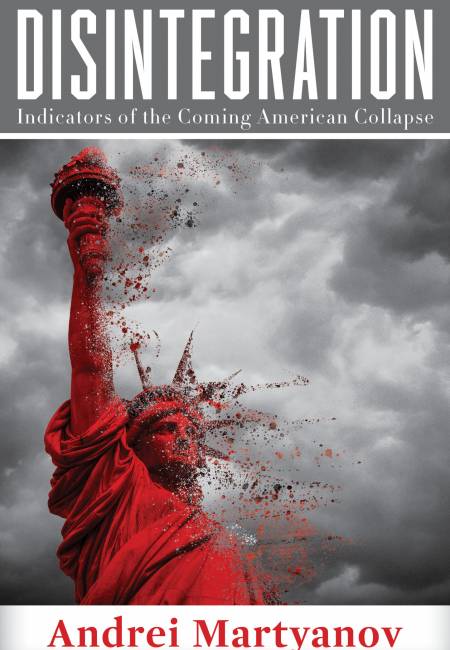 The United States is undergoing a profound and radical transformation all features of which point to the fact of its departure at an accelerated rate from its largely self-proclaimed status as a global hegemon. The United States has lost ground in every single category that defines the power and status of a nation in relation to its rivals.

This book delves into the reasons for a catastrophic decline of the American nation, addressing a range of factors from the economic (especially energy), to cultural, technological and military factors.

“Martyanov shows that America’s disintegration is irreversible because the ruling elites are an organic part of the calamitous sources of dysfunction that have destroyed the country.”
—PAUL CRAIG ROBERTS

ANDREI MARTYANOV is an expert on Russian military and naval issues. He was born in Baku, USSR in 1963. In mid-1990s he moved to the United States where he currently works as Laboratory Director in a commercial aerospace group. He is a frequent blogger on the US Naval Institute Blog. He is also author of Losing Military Supremacy and The (Real) Revolution in Military Affairs.