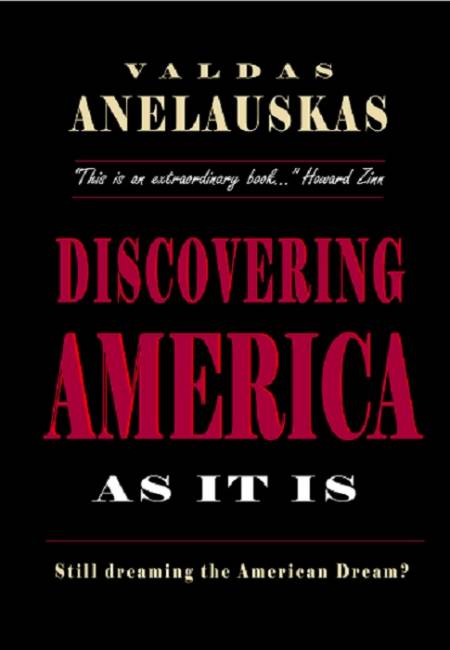 DISCOVERING AMERICA AS IT IS, is a monumental study of the devastating effect American-style capitalism was already having on the American people during the so-called “boom” years of the Clinton era.   It raises serious questions not only concerning America’s role as a leading model for development, but even as to its future capacity to compete due to the deterioration of its human capital resulting from anti-social domestic policies.

“The scope of the book is breathtaking, a sweeping survey, factually precise and philosophically provocative, which deserves to be compared to de Tocqueville’s 19th century classic. I hope it will be widely read.” HOWARD ZINN

VALDAS ANELAUSKAS is a former anti-Soviet Lithuanian patriot, brought to the U.S. as a high profile political dissident. He initially cooperated with several right wing organizations seeking the collapse of the Soviet Union, among them the notorious Anti-Bolshevik Bloc of Nations, the World Anti-Communist League, and others. When he discovered the elitist nature and goals of American conservative organizations, his association with them terminated. The America he encountered was not what he expected.