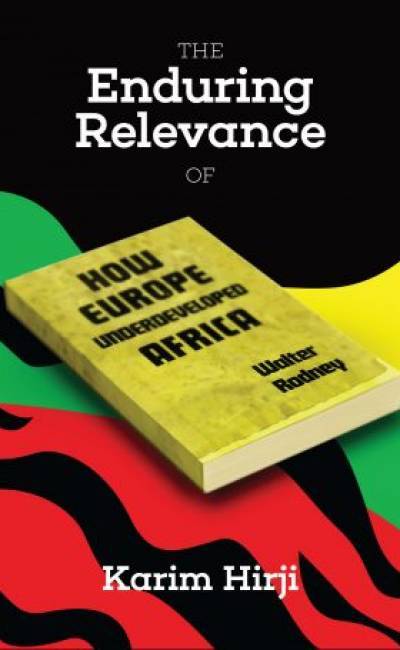 Karim Hirji makes a systematic case that, on the contrary, Walter Rodney’s seminal work retains its singular value for understanding where Africa has come from, where it is going, and charting the path towards genuine development for its people. After giving a broad picture of Rodney and his times, Hirji examines in detail the criticisms levelled against his work, and conducts a focused review of modern day textbooks on African history. It is seen that most of the claims against Rodney lack a sound basis and that direct representations of his ideas are replete with distortions, unfair selectivity and political bias. Yet, the long term influence of Rodney on African history is unmistakable.

Hirji’s succinct, coherent defence of an intellectual giant who lived and died for humanity is an essential read for anyone with an interest in Africa and related regions.