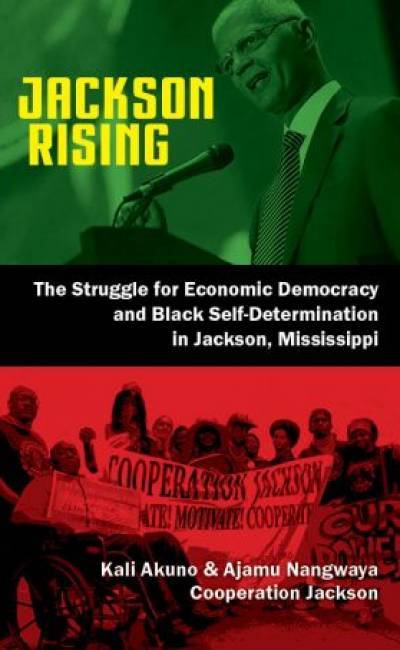 Mississippi is the poorest state in the U.S. with the highest percentage of Black people and a history of vicious racial terror. The concurrent Black resistance is the backdrop and context for the drama captured in the collection of essays that is Jackson Rising: The Struggle for Economic Democracy and Black Self-Determination in Jackson, Mississippi. The long-awaited release of this seminal anthology will unveil the strategies and methods being pursued by this ongoing movement for Black community control and people-centered economic development.

“Jackson Rising is an exploration of our experiment in radical social transformation and governance that is directly challenging the imperatives of neoliberalism and the logic and structures of the capitalist system in Jackson and beyond.”—Kali Akuno of Cooperation Jackson

AJAMU NANGWAYA, PhD., is an educator, organizer and writer. He is a lecturer in the Institute of Caribbean Studies at the University of the West Indies, Mona Campus. Ajamu is co-editor with Dr. Michael Truscello of the recently published anthology Why Don’t The Poor Rise Up? Organizing the Twenty- First Century Resistance.

KALI AKUNO is a co-founder and co-director of Cooperation Jackson. He is co- editor of Jackson Rising: The Struggle for Economic Democracy and Self-Determination in Jackson, Mississippi, with Ajamu Nangwaya.