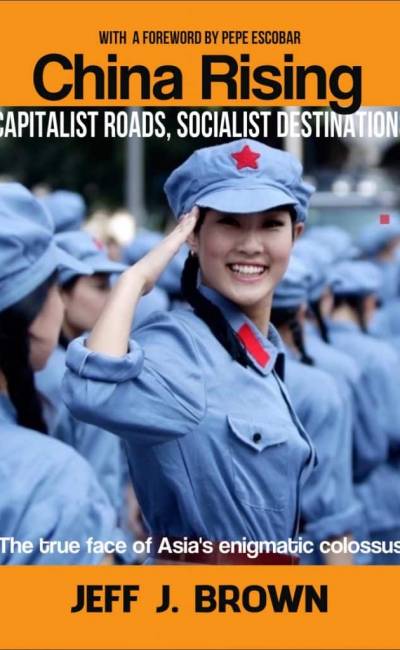 This is one of the most engaging political travelogues in recent memory–a comprehensive, absorbing, eye-opening guide to China in the 21st century, a volume which in 700 pp packs it all: history, personal memory, sociology, political analysis. and above all a fair dose of invaluable first-hand information designed to detoxify the Western reader’s mind from the constant lies served by the Western media in support of Washington’s global imperial agenda.

…The truth therefore must come out about key events, from the so-called “Tiananmen Massacre", organized by the CIA, to who Mao Zedong really was and did, a role for which he earned the love of his countrymen to this day. It’s a big job, but the author, an American fluent in Chinese, a teacher by profession, and with 15 years residence in the Middle Kingdom, and a cosmopolitan background, is eminently qualified to meet the task. Andre Vltchek, himself a truth-teller of distinction, and a man who, like Jeff Brown knows China well, has endorsed CHINA RISING as a unique instrument of mind liberation.