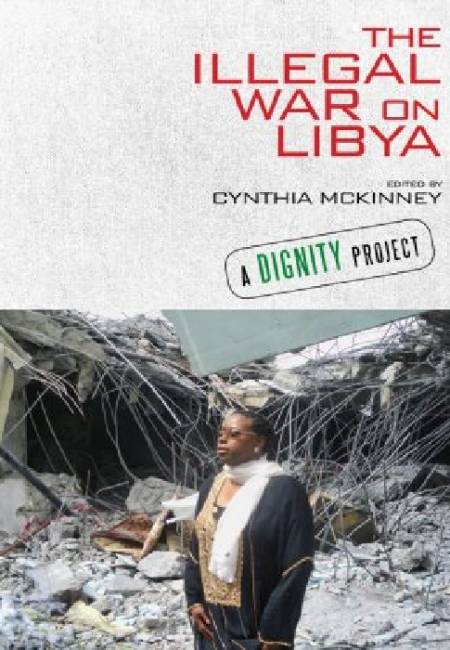 “Those who still believe in NATO’s ‘responsibility to protect’ after its illegal assault on Libya should read Congresswoman McKinney’s The Illegal War on Libya. A nation now left in chaos saw NATO target its people and its infrastructure, as well as its ruler. The model for western-backed regime change was perfected in Libya as it related to the diplomatic organization of soft power, complicit nations, human rights NGOs and intergovernmental organizations. Before accepting the attack on Libya as a model for future action,read this investigation into the actual motivations and the manufacturing of a false case for war.”—DAVID SWANSON

“A penetrating expose detailing why Libya was the only country where regime change was brought about by a US-led NATO force in complicity with Western-backed so-called “al-Qaeda” insurgents. This book is a must-read for understanding what is yet to come.”—DEDON KAMATHI, KPFK Freedom Now

CYNTHIA McKINNEY was the 2008 Green Party Candidate for President and a former US Congresswoman. She is the author of Ain’t Nothing Like Freedom and editor of How the US Creates “Sh*thole" Countries and When China Sneezes:  From the Coronavirus Lockdown to the Politico-Economic Crisis. She holds a B.A. from the University of Southern California, an M.A.L.D. from The Fletcher School of Law and Diplomacy and a Ph.D. from Antioch University.